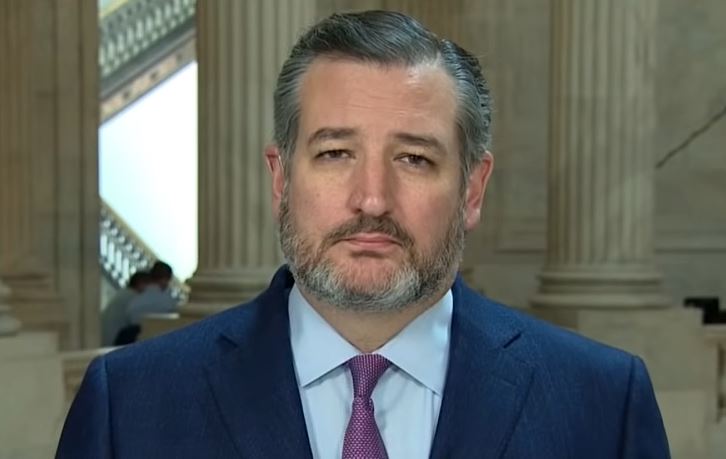 
By Bethany Blankley (The Center Square)

U.S. Sen. Ted Cruz, R-Texas, says he still hasn’t received an answer from President Joe Biden on reports that his administration is planning to divert resources from the Department of Veterans Affairs to help deal with the influx of illegal immigrants at the southern border.

The Texas senator sent a letter to the president earlier this month and said he has yet to receive a response.

In his letter, Cruz urged the president “to secure our Southern border and immediately renew Title 42,” a public health authority that’s allowed federal agents to quickly expel illegal immigrants during a public health emergency. The Biden administration announced it was ending it May 23. Unless halted by the courts, border officials say ending Title 42 will result in roughly 18,000 people rushing the southern border a day, overwhelming Border Patrol agents and local law enforcement as a result.

“[T]he Department of Homeland Security has been considering potential strategies for dealing with the anticipated influx of migrants when CBP’s Title 42 authority is revoked,” Cruz said in a statement. “Reportedly, one such strategy, according to a source from within CBP, includes diverting VA medical personnel and deploying them to the border. The CBP source went on to say ‘[w]e’re going to take medical services away from people … [w]ho went to combat … to give free medical attention to illegal migrants.’”

This “is completely unacceptable,” Cruz said.

Cruz asked Biden in his letter to confirm reports that his administration is diverting VA staff away from helping veterans to the border to work with illegal immigrants.

“Redirecting scarce resources approved by Congress to provide care to our nation’s veterans, especially as our nation is emerging from a pandemic, seems to be callous and a slap in the face to the men and women who put on the uniform to protect our nation,” he wrote.

“At a bare minimum, American veterans’ medical care needs should not suffer due to this misplaced policy choice. I call on you to categorically denounce any policy which would result in diverting resources intended for American veterans to migrants at the Southern border,” he said.

Diverting VA staff away from veterans adds insult to injury to those who’ve served our country, Cruz argues, especially in light of the fact that a recent assessment by the VA identified dozens of veterans’ facilities nationwide that should close and have services diverted to other facilities.

One of the facilities on the list is Bonham VA Medical Center in Fannin County located in far northeast Texas on the border with Oklahoma. The VA has recommended that Bonham’s outpatient services, Community Living Centers, and the Residential Rehabilitation Treatment Program be relocated to VA facilities in Dallas and Tarrant counties. If this were to be implemented, it would effectively close the Bonham facility. Doing so would be detrimental, Fannin County Judge Randy Moore said.

“This is not just about the county, this is going to impact everybody,” Moore told local Fox News affiliate News12 last month.

VA North Texas Health Care System public affairs specialist Jeffrey Clapper issued a statement, saying the VA report is only preliminary and subject to approval by the VA secretary, Congress and the president. He said the proposed changes would be “a long-term process with several layers of oversight, veteran input, employee input, and strategic planning that further molds VA health care to the needs, challenges, and community partnerships that can better deliver upon the promises that this nation has made to those who served.”

However, closing the facility would force veterans living in the rural county to travel over 80 miles to receive services because there are “limited community resources in the surrounding rural counties for specialty care and complex care needs,” the VA report states.

“The very idea that your Administration’s VA would close a vital resource for Texas veterans while contemplating diverting VA medical personnel to be deployed at the border is baffling and deeply troubling,” Cruz wrote to Biden.

Worse still, one of the VA facilities in Dallas is reportedly where VA medical staff would be diverted to the southern border, Cruz said.

The administration hasn’t denied the reports and the Department of Homeland Security has not responded to requests for comment.

Syndicated with permission from The Center Square.

Was Hialeah beating of GOP canvasser a case of political violence? A timeline of events