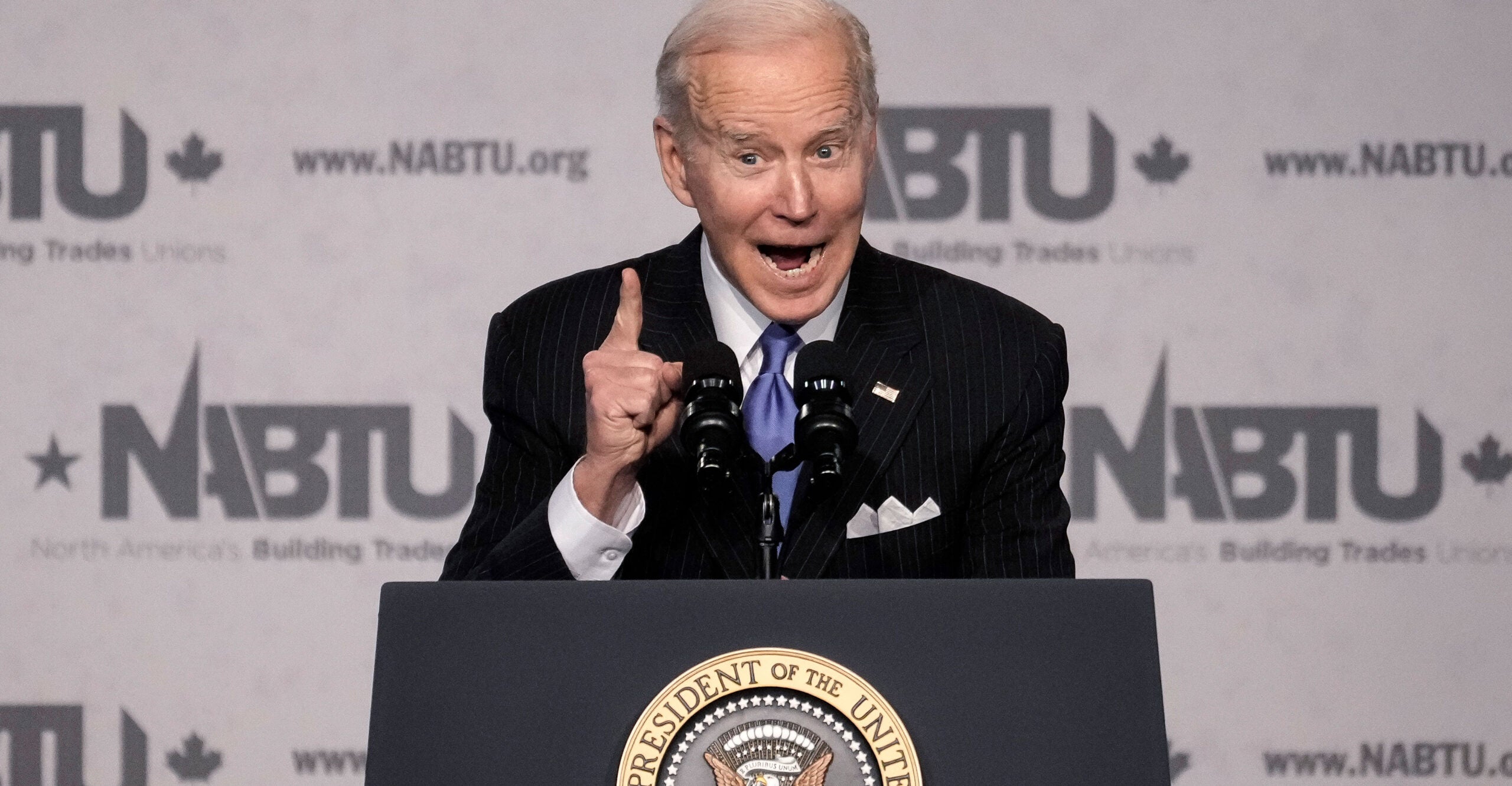 
America these last 14 months resembles a dystopia. It is becoming partly the world of George Orwell’s “1984,” and partly the poet Homer’s land of the Lotus-Eaters.

Nothing seems to be working. And no one in control seems to care.

The once secure border of 2020 vanished. Two million people have crossed the southern border illegally in the last 12 months. Millions more are on the way.

What followed was surreal. The administration claimed COVID-19 was again on the horizon. So it justified forcing American citizens to keep wearing masks in public buildings and transportation. But at the same time, it waived all such requirements for illegal entrants.

Citizens who obeyed our laws had to mask up; foreign nationals who broke them did not need to take such precautions.

President Joe Biden blasted as near-criminals mounted border guards who used long reins to steady their horses. When investigations cleared them of wrongdoing, he went mute. This administration apparently sees its own American law enforcement at the border as criminals, and non-Americans who break our laws as their moral superiors.

Biden then concocted the perfect recipe for bringing back the inflation of the 1970s.

When reminded that his deliberate policies are the classic roads to inflation, Biden went fetal and ignored the warnings. Or he lashed out and blamed anyone and anything for his own suicidal agendas.

First, we heard inflation was transitory. Then it was a mere concern of the elite. Then it was only a matter of exercise equipment being in short supply. Then it was solely because of Russian President Vladimir Putin. Then, somehow, it was also the result of former President Donald Trump. Then it was an organic phenomenon that presidents had little power to stop.

America was energy independent until the arrival of the Biden administration. On the orders of his Green New Deal masters, Biden immediately began canceling federal oil and gas leases. He stopped new pipelines. He jawboned against the private financing of fossil fuel production.

Biden was hellbent on his way to fulfilling his campaign promises of eliminating the use of natural gas and oil on his watch.

The administration would not reverse its destructive energy policies. But as it floundered in desperation, Biden begged American enemies Iran, Russia, and Venezuela to pump more oil on our behalf. In vain, it beseeched Saudi Arabia to produce more of the hated icky stuff that we had in abundance but would not fully produce ourselves.

Biden tapped the strategic petroleum reserve. Yet the existential peril was not war or natural catastrophe but Biden himself and his far more dangerous policies.

Abroad, we looked at the relatively manageable situation in Afghanistan and simply fled. The terrorist Taliban quickly took over and restored its medieval rule.

The administration abandoned a $1 billion embassy and dumped a $300 million refitted air base at Bagram. Over $70 billion in military supplies and weapons were left for Taliban terrorists.

Thousands of refugees were airlifted, may not have been properly vetted, and were transported into the United States. Meanwhile, hundreds of known translators and helpers of the U.S. military were left behind.

As public outrage grew, in typical Biden fashion, he blamed the Afghanistan debacle on his generals. Then he blamed Trump. Then he denied that he had ever claimed the war was going well.

In the end, the public was told the humiliating flight was a near-perfect logistical evacuation, as if America should be proud of being better at running away than it is at fighting.

What explains an America that suddenly no longer works?

First, all of these problems are self-induced. They did not exist until Biden birthed them for ideological or political reasons. Apparently, his administration wanted a changing, more favorable electorate and demography at any cost.

Perhaps Biden was privately happy that cash-short commuters had to burn less gasoline. Maybe the more he printed money, the more he would be rewarded politically.

Second, Biden has no solutions to these self-created problems because of the ideological restraints the left has imposed on him.

The administration fears the anger of the hard left more than the furor of the American people. So it will not change, preferring to be politically correct and a failure than to be ideologically incorrect and successful.

Third, when people object, this administration answers either by blaming others for its self-created mess or by seeking distractions. Now it is faulting gun owners for the crime wave it fostered, supposed “white supremacists” for the racial tensions it fanned, and Putin, whom it appeased.

The common denominator? Biden knows that he inherited a stable, prosperous America and has nearly ruined it.

And he knows the American people know that, too.

Republicans Are Not Doing Well In The Biggest Senate Races

What Flying Is Like for Passengers Who Use Wheelchairs