How History Will View the Biden Years 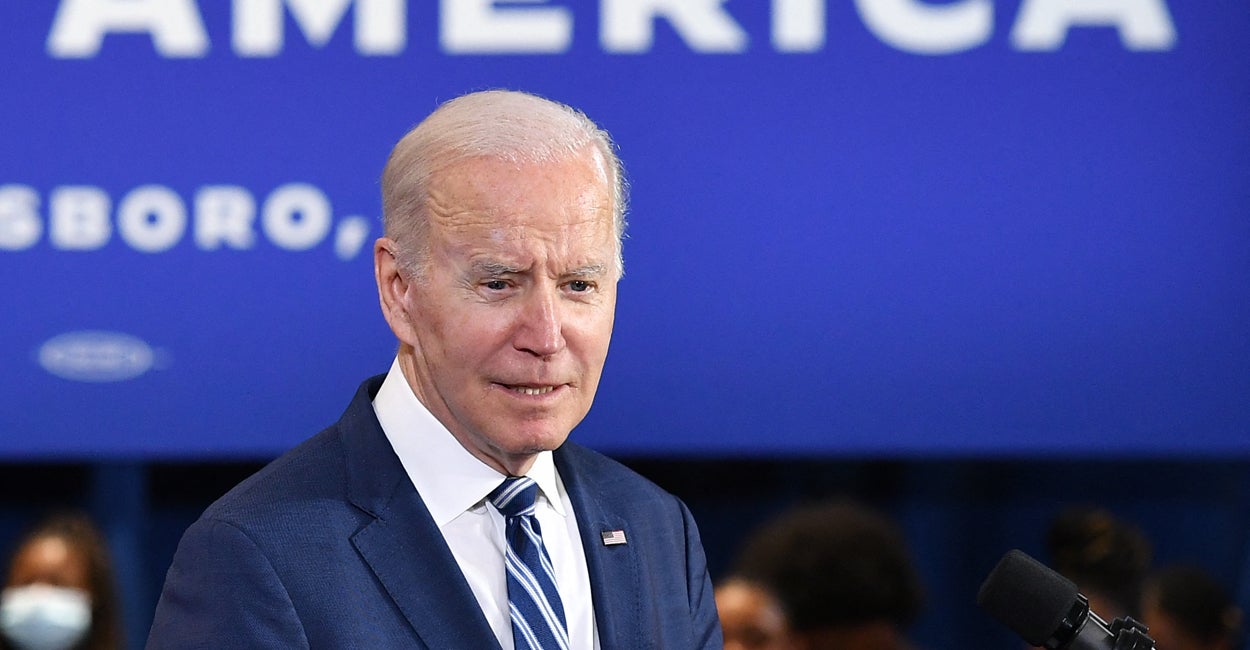 
When historians study the disaster that was the Biden administration, they will find many factors that contributed to the historic level of failure we are witnessing. At the top of the list is a president who is clearly just not up to the job. Whether due to age, cognitive decline, or general ineptitude, Joe Biden has not been able to lead America. Nobody wants a weak president.

People can smell weakness, and Biden reeks of it. The president put himself in a further hole by surrounding himself with a young staff driven more by a rigid, left-wing ideology than a desire to help the lives of everyday Americans. With a leader seemingly too weak to temper his team’s radical ideas, the results have been catastrophic.

Even with a corporate media desperate to keep propping him up, Biden’s approval ratings are at all-time lows. Support among men has fallen through the floor. More troubling, his support from the normally rock-solid black and Hispanic base of the Democratic Party has dropped dramatically.

The breakdown in the Democratic Party is so complete that its only remaining hope is that Republicans somehow find a way to screw up enough to give it another chance. Praying for a Republican disaster may be the Democrats’ only shot. That’s not generally a far-fetched scenario, but this time, their deficit may just be insurmountable.

How did things fall so far so fast for Biden and the Democrats? Amazingly, the president seemed to capture the national mood perfectly in his inaugural address. Americans are not happy. Polarization is at record levels, and it has gone past politics and led to a country more divided than maybe at any time since the Civil War.

Biden certainly covered a few left-wing priorities in his inaugural address, but more than anything, he called for national healing and unity. Had he governed that way, he would not be in the position he’s in today. Instead, from the start, apparently following the lead of the radical wing of his party, he governed from a rigidly ideological and astonishingly out-of-touch perspective that left average Americans bewildered.

Biden immediately dismantled many of former President Donald Trump’s border security policies. That’s not surprising from a Democratic politician. But Biden had no replacement plan. He took down policies that were working and didn’t bother to put in place any plan of his own to secure the border. When the predictable crisis followed, the Biden team’s first reaction was to pretend that everything was fine; there was no crisis.

When you have the majority of the media on your team, you can try audacious explanations like that, but it was too much. Like the CNN reporter proclaiming riot cities “mostly peaceful” in a camera shot with burning buildings in the background, there’s a level of political spin that will just never work.

Following an election where many Democrats openly advocated for open borders and decriminalizing illegal border crossing, the political blame for the crisis at the border landed squarely in the president’s lap.

But the biggest liability for the president isn’t the border; it’s the rising prices hammering the American people. Knowing the political price they are likely to pay for skyrocketing inflation, Team Biden is desperately trying to spin this away as the “Putin Price Hike.” Unfortunately, the record is so clear that only the most committed partisans would try to repeat that whopper.

Coming on the heels of multiple Trump COVID-19 stimulus policies, many leading experts in both parties warned that Biden’s spending was going too far. Overstimulating the economy in this way, they argued, would come with the risk of high inflation.

The Republican warnings were perhaps best summarized by Kevin Hassett, chairman of the Council of Economic Advisers under Trump. Hassett’s warning to Biden and the Fed was not subtle. He titled it “Inflation: The Ingredients Are in the Pot, and the Fire Is On.”

It’s understandable that Biden would tune out Trump’s chief economist, but he also tuned out some of the most prominent economic minds in his own party. Bill Clinton’s Treasury secretary, Lawrence Summers, and Barack Obama’s chief economist, Jason Furman, were also warning very directly about inflation, beginning early in the Biden presidency.

The Biden team and its surrogates in the press not only ignored these warnings from leading Democrats; they attacked them viciously for daring to dissent. Topped perhaps only by his tragic predictions about the doomed Afghanistan withdrawal, Biden defended his huge spending proposals with an argument that would be truly comical if it weren’t so sad: “The one thing we learned is we can’t do too much here. We can do too little.”

They did too much.

Biden also rewarded the Federal Reserve leadership with new appointments, despite a clear failure by the Fed to predict and address inflation. Many economists in both parties have criticized the central bank for keeping interest rates too low for too long. In fact, despite inflation already spiking to levels not seen in decades, the Fed continued to stimulate the economy with bond purchases until just last month.

The “Putin Price Hike” is only the latest Biden attempt to deflect responsibility. At first, the White House insisted that inflation was “transitory.” This was, of course, repeated throughout the press. Those who dared dissent were even fact-checked. Inflation was all about COVID-19, they argued. Then it was all about “supply chain disruptions.”

All this would come to an end, and everything will be fine, they told us. This was all before Russian President Vladimir Putin even began his war. Now it’s Putin’s fault. People often don’t have the time to study issues at length, but they can smell pure political spin from a mile away. This one just stinks.

Warning to white America from a black American: Progressive liberalism is an existential threat

A Fort Lauderdale doctor, a dead mother and an unpaid $70,000 malpractice suit judgment

Is ‘the Blob’ coming back to Cape Cod Bay? Low oxygen levels detected, lobsters may die if conditions worsen

What a Gene and Its Risks Could Mean for Kidney Transplants

HoJo’s gone; last Howard Johnson’s restaurant in chain whose orange roofs were familiar to baby boomers has shut down in Lake Oswego, N.Y.