Planning A Summer Trip? Better Include Pain At The Pump In Your Budget 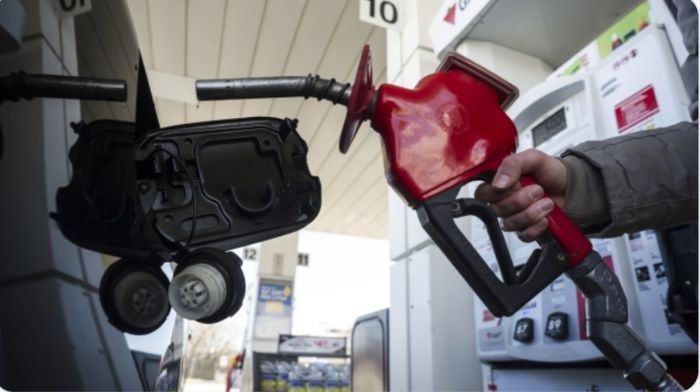 
If you are planning a road trip this summer, (or planning to drive to work, or drive anywhere for that matter) be prepared to pay even more at the gas pump than you are now.

A new report from Fox Business warns that gas prices are expected to continue to rise even past their current record levels.

BREAKING: The national average price of diesel has just hit a new record high, $5.155/gal, surpassing the previous record of $5.153/gal on March 10, according to GasBuddy data.

Patrick DeHaan is the head of petroleum analysis for GasBuddy. In March he issued a forecast for the summer months of 2022. He estimates that a regular gallon of gas will run between $4.18 and $4.25.

AAA is also reporting that Memorial Day reservations for flights, rental cars, cruises, and hotels are already up 122% from this time last year.

If this is build back better? I’ll take the mean tweeter any day! pic.twitter.com/r7RGQFp8WE

RELATED: Elon Musk Infuriates The Left By Exposing How Radical They’ve Gotten, Leaving Moderates To Side With The GOP

Biden Adm. Has The Answers

As pressure has mounted on the Biden Administration to alleviate skyrocketing gas prices, earlier this month, President Joe Biden announced that he would allow the sale of E15 gas. E15 is an ethanol blend that includes a higher percentage of corn, and is touted as a cheaper substitute.

This, while corn futures already hit highs not seen in over a decade.

Critics of the plan say that it will increase the price of corn at a time when there is the threat of food shortages, and that it does not address the long term problem.

At the end of March, Biden also announced he would be releasing one million barrels a day from the strategic oil reserves for six months in order to get gas prices down. Roger Read, senior energy analyst at Wells Fargo Securities called it, “a little bit of a Band Aid…”

Democrats have a real problem heading into the November midterm elections. They believe they have a convenient scapegoat for high gas prices in Russian President Vladimir Putin, using slogans like “Putin’s price hike.”

But according to an ABC News/Ipsos poll from earlier this month, 52% said that Democrat policies shouldered “a great deal” or “a good amount” of blame for gas prices. Of those polled, 51% said Joe Biden was to blame.

Democrats are also touting electric vehicles as a way to combat high prices at the pump. The problem is the average price of an electric vehicle is $52,000, a bit steep for people, even before you factor in coping with 40-year high inflation.

Also, a recent poll commissioned by Centrist Democrats of America asked average Americans how Congress should prioritize spending. “More funding for increasing the number of electric vehicles” was last on the minds of Americans.

In addition, only 14% of 1,000 people said they would be “very likely” to buy an electric vehicle within the next two years.

Nancy Pelosi is mystified why Americans would blame Democrats for their inflation and gas prices crises: “Why would we say that?” pic.twitter.com/XYN044bF8A

Saudis Made Trump’s Visit an Extravaganza.

Heat can mess with medications, and meds can affect our heat tolerance

Swimmer’s foot gets pinned under rocks in Oregon river. Her Apple Watch saved her

Trump, Without the Presidency’s Protections, Struggles for a Strategy

Caryn Sullivan: The candidates must debate — but not on Twitter