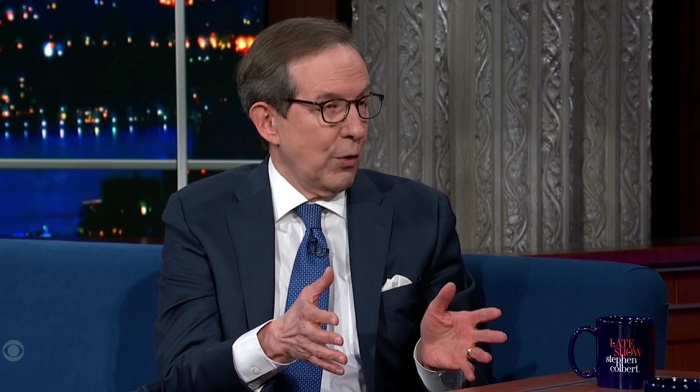 
Just over two weeks into its launch, CNN+, a subscription service offered by the network, is struggling to attract more than 10,000 viewers per day and is reportedly causing Chris Wallace to suffer from “daily breakdowns.”

An NPR interview transcript described the launch of the streaming service as “an historic day for CNN.”

Historic much in the same way April 15th, 1912 was for the Titanic, if reports are to be believed.

CNBC reports that “fewer than 10,000 people are using CNN+ on a daily basis.”

They describe those numbers as a “paltry audience” and note the dismal performance “casts doubt on the future of the application.”

Ouch. Leaked numbers reveal that CNN’s much-hyped news streaming service is averaging fewer than 10,000 daily visitors, all while CNN+ could be in store for massive cuts. https://t.co/9EwP6CBCDv

In addition to the shockingly low viewership numbers, Axios is reporting that big cuts are already on the horizon for CNN+.

“Investment and projections for CNN+ are expected to be cut dramatically in response to a low adoption rate,” they reveal, noting that the cuts could range in the “hundreds of millions of dollars.”

The Political Insider noted just days after the launch of CNN+ that Chris Wallace and his colleagues starring on the subscription service were in for some very bad news.

The experimental offshoot of the network was already facing rumors of impending layoffs as soon as May.

Fox Business News reporter Charles Gasparino had tweeted that employees at the network have been prepping for downsizing.

“[CNN+] employees bracing for layoffs possibly as soon as May amid projections of lackluster sales of new streaming channel,” he tweeted.

Chris Wallace Having Breakdowns Over CNN+

All of this has to be harrowing news for Chris Wallace, who just announced he was leaving a successful network in Fox News to join CNN+ in December.

“I want to try something new, to go beyond politics to all the things I’m interested in. I’m ready for a new adventure,” he told viewers. “And I hope you’ll check it out.”

While hope springs eternal, viewership does not. They’re not ‘checking it out,’ they’re tuning it out.

Chris Wallace announces he’s leaving Fox News Sunday. “But after 18 years, I have decided to leave Fox. I want to try something new; to go beyond politics to all the things I’m interested in. I’m ready for a new adventure. And I hope you’ll check it out.” pic.twitter.com/X60xE47HDx

In fact, it’s so bad that Mediaite managing editor Jon Nicosia, is citing sources who claim Chris Wallace is “having daily breakdowns” over the “miserable launch” of the CNN+ service.

SOURCE: Chris Wallace is “having daily breakdowns” over the “miserable launch” of @CNNplus. Wants a “CNN show or is threatening to walk” they go on. “He is having staffers count how many times a day his promo is playing”

“He’s telling anyone that will listen he wants Cuomo’s old time slot,” the source said, according to Nicosia.

That’s a slot that will get more viewers than CNN+ for sure, but still lightyears away from anything Fox News is doing ratings-wise right now.

CNN, in announcing their acquisition of Wallace back in December, described him as “one of the few high-profile news personalities who retained a reputation of integrity as Fox leaned hard into right-wing and conspiratorial programming.”

Instead, he went to a network with zero reputation of integrity and has leaned hard into left-wing programming. And it doesn’t appear to be going very well, thus far.

Elizabeth Holmes Case Takes On More Drama Ahead of Sentencing

The Happiness Challenge: Take Stock of Your Relationships

Val Demings says she is against deploying troops to Haiti, and for the Cuba embargo