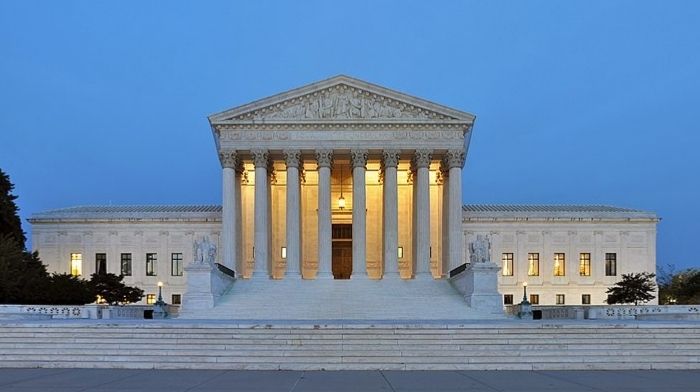 
By Michael Warren for RealClearPublicAffairs

On May 2, Politico published a draft majority opinion in Dobbs v. Jackson Women’s Health Organization, a case heard by the U.S. Supreme Court that would reverse Roe v. Wade – the landmark case that found a federal constitutional right to abortion.

The resulting media frenzy proves that the leak is having a corrosive effect on American constitutional jurisprudence and gravely threatens the rule of law.

When a preliminary draft of a court opinion is exposed to public scrutiny, protections that preserve the process of writing well-grounded and faithful decisions come under attack. Protests have swamped the Supreme Court building.

Protests at the homes of individual justices have been routine, apparently violating the law in the process. Political leaders have relentlessly attacked the draft opinion in speech and in print. Schemes of packing the Supreme Court and other not so subtle threats have come raining down.

These examples strike at the heart of the separation of powers doctrine that is at the core of the U.S. Constitution. Only by maintaining the three branches of government can we preserve freedom.

Remember that the Constitution established the three branches of government: legislative (Congress), executive (president), and judicial (courts). The legislature makes the law; the executive enforces the law; and the judiciary interprets the law and applies it fairly to resolve disputes.

James Madison observed that the separation of powers was “a first principle of free government.” He argued, “The accumulation of all powers, legislative, executive, and judiciary, in the same hands, whether of one, a few, or many, and whether hereditary, self-appointed, or selective, may justly be pronounced the very definition of tyranny.”

Under the separation of powers, the judiciary has the authority and duty to strike down unconstitutional laws. As Alexander Hamilton once reflected, “Without this, all the reservations of particular rights or privileges would amount to nothing.” The courts are the palladium of liberty, the rule of law, and the Constitution.

For the judicial branch to properly fulfill its role under the Constitution, legal decisions must be based solely on the facts set forth on the record, the arguments presented by parties, and the law as promulgated by the people and legislature. These constraints are essential to ensuring that courts act as courts and protect the rule of law and separation of powers.

RELATED: Liberals Don’t ‘Trust the Science’ When It Comes to Abortion

To ensure that courts reach the right result, their decision-making process must be shielded from public exposure until the final opinion is published. They must have an unfettered freedom to examine, probe, test, evaluate, argue, and discuss legal controversies.

They must be free to refine their positions and change preliminary decisions. As a circuit court judge for more than 19 years, I have often written draft decisions that I have materially revised – sometimes completely changing the outcome of my decisions.

Under our system, legal decisions must not be influenced by facts not in the record, arguments never made, or a desire to change or ignore the law. Judicial decisions should be determined by the law – not by political pressure or pundits. Legal opinions must adhere to the record and arguments and not be changed due to threats and protests.

Judicial review is not a popularity contest. If law is determined by mob, it is no law at all. This is why, regardless of anyone’s particular feelings on the merits of the Dobbs draft, its premature release is a grave threat to our republic and must never happen again.

The opinions expressed by contributors and/or content partners are their own and do not necessarily reflect the views of The Political Insider.

In post-Roe America, pilots take the abortion battle to the skies

Four Americans Were Infected With a Virus Variant Seen in Mink

Frustrating and often fruitless: The search for missing Russian soldiers