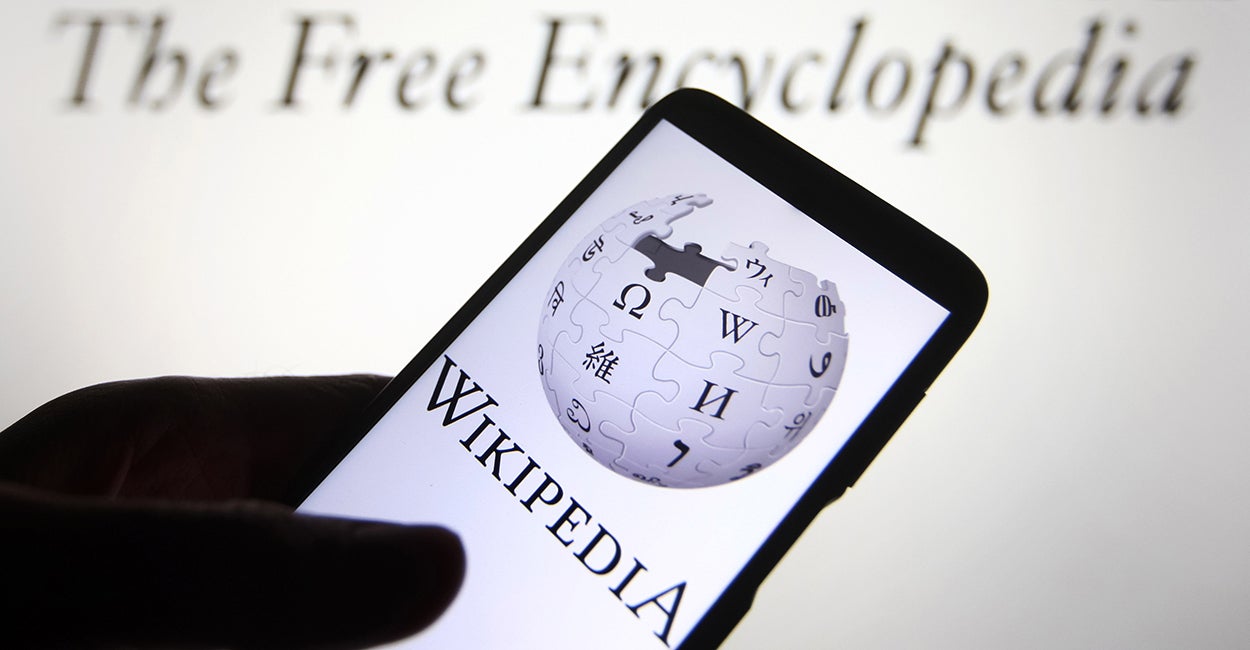 
I love Wikipedia. I donated thousands of dollars to the Wikimedia Foundation.

Before Wikipedia, all we had were printed encyclopedias—out of date by the time we bought them.

Then libertarian Jimmy Wales came up with a web-based, crowd-sourced encyclopedia.

Crowd-sourced? A Britannica editor called Wikipedia “a public restroom.” But Wales won the battle. Britannica’s encyclopedias are no longer printed.

Sadly, yes. I checked it out.

All editing is done by volunteers. Wales hoped there would be enough diverse political persuasions that biases would be countered by others.

But that’s not what’s happening.

Conservatives don’t have as much time to tweet or argue on the web. Leftists do. And they love doing it. This helps them take over the media, universities, and now, Wikipedia.

Jonathan Weiss is what Wikipedia calls a “Top 100” Wikipedian because he’s made almost half a million edits. He says he’s noticed new bias: “Wikipedia does a great job on things like science and sports, but you see a lot of political bias come into play when you’re talking current events.”

Weiss is no conservative. In presidential races, he voted for Al Gore, Ralph Nader, and Barack Obama. Never for a Republican. “I’ve really never identified strongly with either political party,” he says.

Maybe that’s why he notices the new Wikipedia bias.

“People on the left far outweigh people on the center and the right … a lot [are] openly socialist and Marxist.” Some even post pictures of Che Guevara and Lenin on their own profiles.

These are the people who decide which news sources Wikipedia writers may cite. Wikipedia’s approved “Reliable sources” page rejects political reporting from Fox but calls CNN and MSNBC “reliable.”

Good conservative outlets like The Federalist, the Daily Caller, and The Daily Wire are all deemed “unreliable.” Same with the New York Post (That’s probably why Wikipedia called Hunter Biden’s emails a conspiracy theory even after other liberal media finally acknowledged that they were real).

While it excludes Fox, Wikipedia approves even hard left media like Vox, Slate, The Nation, Mother Jones, and Jacobin, a socialist publication.

Until recently, Wikipedia’s “socialism” and “communism” pages made no mention of the millions of people killed by socialism and communism. Even now, deaths are “deep in the article,” says Weiss, “treated as an arcane academic debate. But we’re talking about mass murder!”

The communism page even adds that we cannot ignore the “lives saved by communist modernization”! This is nuts.

Look up “concentration and internment camps” and you’ll find, along with the Holocaust, “Mexico-United States border,” and under that, “Trump administration family separation policy.”

What? Former President Donald Trump’s border controls, no matter how harsh, are very different from the Nazi’s mass murder.

Wikipedia does say “anyone can edit.” So, I made a small addition for political balance, mentioning that President Barack Obama built those cages.

My edit was taken down.

I wrote Wikipedia founder Wales to say that if his creation now uses only progressive sources, I would no longer donate.

He replied, “I totally respect the decision not to give us more money. I’m such a fan and have great respect for you and your work.” But then he said it is “just 100% false … that ‘only globalist, progressive mainstream sources’ are permitted.”

He gave examples of left-wing media that Wikipedia rejects, like Raw Story and Occupy Democrats.

I’m glad he rejects them. Those sites are childishly far left.

I then wrote again to ask why “there’s not a single right-leaning media outlet Wiki labels ‘reliable’ about politics, [but] Vox, Slate, The Nation, Mother Jones, CNN, MSNBC” get approval.

Wales then stopped responding to my emails.

Unless Wikipedia’s bias is fixed, I’ll be skeptical reading anything on the site.

Have an opinion about this article? To sound off, please email letters@DailySignal.com, and we’ll consider publishing your edited remarks in our regular “We Hear You” feature. Remember to include the URL or headline of the article plus your name and town and/or state.

With ‘How to Change Your Mind,’ Taking a Trip With Michael Pollan

Is Florida still a swing state? The next 11 weeks will determine the answer